Oreichalkos is one of the selectable Arcana in the Arcana Heart series. It's the Arcana of Metal and its user is Fiona Mayfield.

Oreichalkos has been present in the spirit world since ancient times. He is believed to be the oldest Arcana in existence. Oreichalkos's skin is plated in orichalcum and he has the power to freely manipulate metals. He will lend his powers to Fiona until she is able to turn back into a human.

Eskaton - - Summon Oreichalkos, who will breathe a huge blaze of fire onto the entirity of the screen. 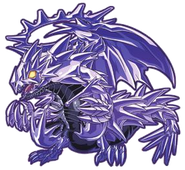 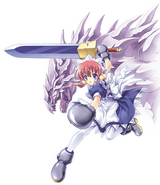