Gier is one of the selectable Arcanas in the Arcana Heart series. It's the Arcana of Darkness and its user is Lieselotte Achenbach.

Gier is a mysterious meta-existence, a collection of purely negative emotions. Every time Gier receives a drop of Lieselotte's blood it appears from the shadows and engulfs the opponent's heart, tainting it with negative feelings.

Fluch - A+B+C - During Fluch, the attack power of your arcana special attacks increases.

Schwur - - Summon Gier, who will capture opponents and transform them into blobs for a period of time. 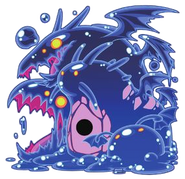 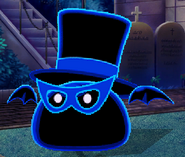