Bhanri is one of the selectable Arcana in the Arcana Heart series. She is the Arcana of Lightning and her user is Saki Tsuzura.

There was once a queen revered as the Goddess of War who became a higher existence, Bhanri. She has the power to control lightning freely. As long as Saki remains proud and noble, she will lend her powers to her free of charge.

Broduil Anam - 236+A+B+C - Summon Bhanri, who transforms into a gigantic spear and attacks from above. 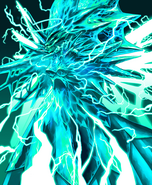 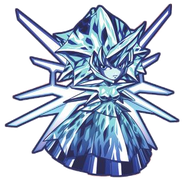