It has since received three updated re-releases on alternate systems.

It has been two months since the Kantou Incident, the name given to Angelia Avalon’s failed attempt to punch through the walls between dimensions in the Kantou region of Japan.

During the Incident, the Drexler Institute, an organization with ties to demons, began to stir, re-activating various projects in different parts of the world. The Japanese branch of the Drexler Institute was annihilated by the European Celestial Union, but found new life as the Rosenberg Branch of the European Celestial Union.

Soon after the Kantou Incident, large-scale dimensional rifts began to open all across Japan. This sudden uptick in celestial phenomena was seen as exceptionally odd by many, and some even whispered that it could be the result of secret research by the Drexler Institute. The Japanese branch of the Celestial Union was dispatched to investigate the phenomena, and they called on several angels from the National Academy of Metaphysics.

Several angels from the Rosenberg Branch of the Celestial Union were also dispatched, but they were soon intercepted by the Aesir.

Only six days remain until the destruction of Japan...

Gameplay in Arcana Heart 3 has remained the same since earlier games. A new meter was added to the game, called the Force Gauge. When completely filled, the Force Gauge allows the player to perform an Arcana Burst or an Extend Force, a maneuver similar to the Arcana Burst. During Extend Force, your character will be powered up for a short period, boasting increased speed and altered attacks, depending on the Arcana your character is using. Love Max would add Arcana Eclipse, a new move that can only be used once while in Extend Force.

It included rebalanced gameplay, new game modes like Survival Score Attack and Trial Mode, a Training mode in the arcade version, and an After Story mode for the console releases.[4]

XTEND would be getting an Arcade port courtesy of exA-Arcadia with a Summer 2021 release window.[13]

On February 10th, 2020, due to its impending closure by the end of the month, Examu would pass the development of XTEND to its former subsidiary, Team Arcana, including other development works and product supports which Team Arcana involved.[14] 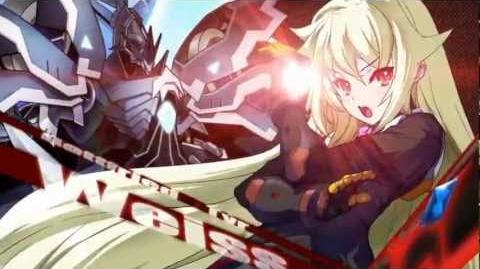 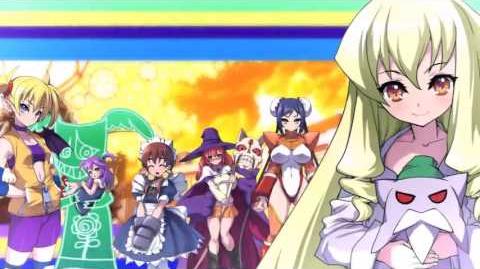 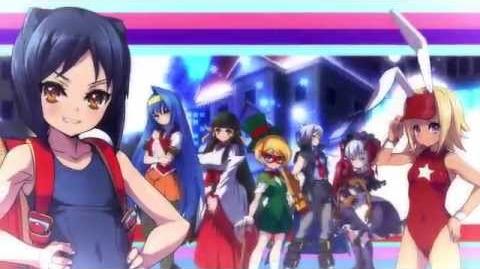