Arcana Heart (アルカナハート, Arukana Hāto) is a manga based of the first game of the series. It was written and illustrated by Yuyuko Takemiya and was published from January 26, 2008 to January 26, 2009, but never saw a release outside of Japan. The manga series went on for two volumes.

In ancient time, the Elemental world and our world were joined. No one knows why or when, but at some point in the past, they split. Now we live in our world, and the Arcana live in theirs. Behind the scenes, the Ministry of Elemental Affairs (MEA) has been working to protect the boundary between the worlds, for they know if the worlds ever merged into one again, the results would be disastrous for humanity.

Now, in the skies over Tokyo, a dimensional rift is beginning to form, and the boundary between the worlds is in danger. Humanity's only hope rests with the Maidens, young girls who can communicate with the Arcana. What awaits these Maidens in the skies above...? 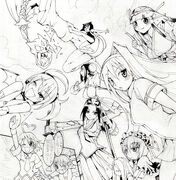 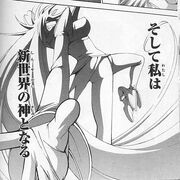 Add a photo to this gallery

Retrieved from "https://arcana-heart.fandom.com/wiki/Arcana_Heart_(manga)?oldid=11624"
Community content is available under CC-BY-SA unless otherwise noted.