Arcana Heart is the first entry in the Arcana Heart series. It was originally released in September 23rd, 2005 for Arcade, then later ported to the PlayStation 2 on October 12th, 2006 in Japan. It was later released in North America on April 11th, 2007.

In ancient time, the Elemental world and our world were joined. No one knows why or when, but at some point in the past, they split. Now we live in our world, and the Arcana live in theirs. Behind the scenes, the Ministry of Elemental Affairs (MEA) has been working to protect the boundary between the worlds, for they know if the worlds ever merged into one again, the results would be disastrous for humanity.

Now, in the skies over Tokyo, a dimensional rift is beginning to form, and the boundary between the worlds is in danger. Humanity's only hope rests with the Maidens, young girls who can communicate with the Arcana. What awaits these Maidens in the skies above...?

A patch introduced early on for the Arcade version on March 9th, 2006. It fixed a variety of issues, including toning down overly-powered characters, increasing the strength of the weaker, etc. However, controversially, the Patch had been priced in comparison to other games, which released patch updates for free.

The PlayStation 2 released version of the game was affected by this patch. It allowed players the option of playing characters in the 'original' or 'full' format of the Arcade version. Voice acting was also presented in the story-mode segments. 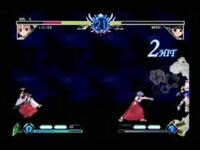 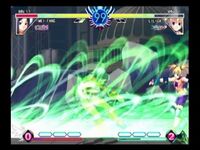 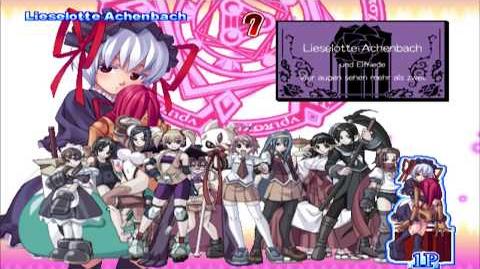